My latest obsession – an Australian tv series set in 1953/1954 called A Place to Call Home!

By accident I caught most of the first episode of the series here on TV and was instantly intrigued. Got my hands on the rest of the series and I am hooked now! I’ve been bingewatching all the episodes, I just can’t get enough…  Apparently the series was unexpectedly canceled after 2 seasons but by popular demand of many fans was resurrected on another channel. I find it absolutely wonderful that a series can be revived because of fans! Series 3 finished airing at the end of 2015 and series 4 will be made this year.

The story centres around the nurse Sarah Adams who in 1953 returns to Australia after having lived in Europe for 20 years. 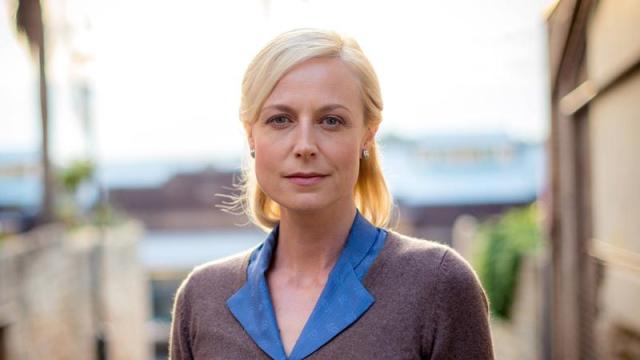 On board ship she meets George Bligh, a widower with a 20 year old daughter and a just married son. They are returning to Australia after the son’s wedding to a young English woman. 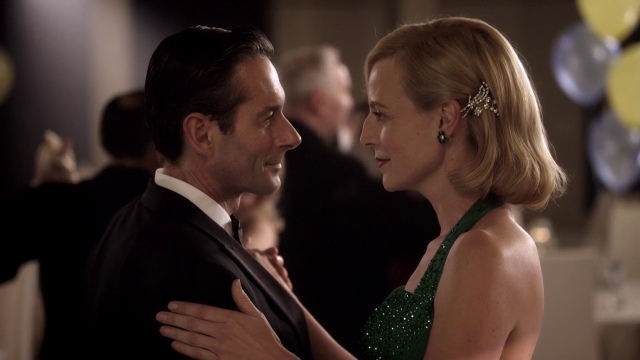 Sarah works as a nurse during the 3 week ship crossing and has to care for George Bligh’s mother who takes an instant dislike to her, which is heightened when Sarah saves George’s son from a suicide attempt.

Once in Australia Sarah visits her own mother who wants nothing to do with her, as Sarah converted to Judaism before the war and her mother can not forgive her for that. So Sarah writes to George, who had told her of a job opening in the hospital of the town he lives in, and she goes there – to try and find a home and settle down, something she hasn’t been able to do since the war in Europe.

Sarah is full of mystery and only over several episodes is her tragic and difficult past revealed in bits and pieces as she tries to fit in to life in the town of Inverness. She has to deal with a venomous Mrs. Bligh who desperately does everything in her power to make Sarah leave but she also makes friends: with the hospital doctor, and an older man she had to care for who offers her a place to stay, and of course, George Bligh. The characters in this series – I love them!

Sarah (Marta Dusseldorp – Dutch surname, the actess’s dad is apparently Dutch!) is the woman who has risen from a very dire past and wants to make a living for herself. She also finds herself falling in love, something she had never expected to ever do again.

George (Brett Climo) is the warm and gentlemanlike friend who falls in love with Sarah. He is also the reason why I got stuck watching that first episode! I remembered the actor from my absolute favourite TV series at the end 1980s/early 1990s (also Australian) called The Flying Doctors. He played Dr. David Ratcliffe in it who eventually came to a tragic and sudden end and that absolutely shocked me at the time (and I still haven’t forgiven the writers for that!). Anyway, ‘David’ is now kind George Bligh!

George’s son James (David Berry) is newly wed to Olivia (Arianwen Parkes-Lockwood) but suicidal, hiding the secret that he is gay… That storyline is heartwrenching, absolutely worth the watch in seeing how he tries to deal with the ‘abomination’ of being gay and how his wife, who eventually finds out, tries to deal with that as well.

George’s daughter Anna (Abby Earl) is a happy, seemingly carefree twenty year old, in love with neighbouring young Italian farmer Gino (Aldo Mignone), which has to remain secret as he is not upper class and wealthy enough to be an official suitor for her. 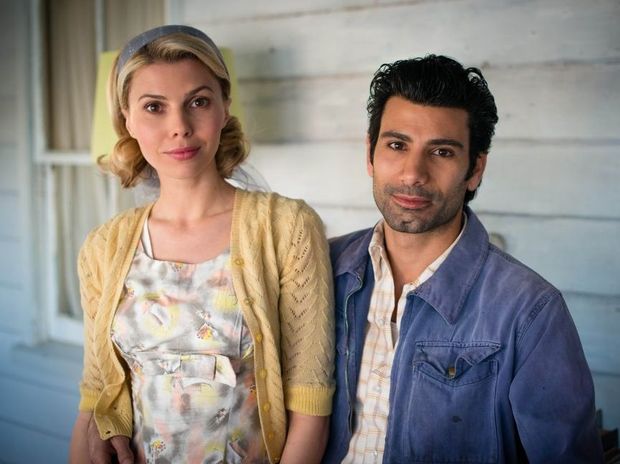 George’s mother, Elizabeth Bligh (Noni Hazlehurst), is a formidable woman. No scandal is allowed to touch her family. She is a lioness fighting for her cubs, wanting ‘what’s best’ at all cost, trying to control them and fit into convention and yet, deep inside, there is a heart there… somewhere.

Then there’s Dr. Jack Carson (Craig Hall), who feels an instant connection to Sarah but has his own war time demons to deal with. A warm character who has a very close connection to Mrs. Bligh and only as the story goes on do we understand why. He also turns out to have a connection to George’s sister Carolyn (Sara Wiseman) who, as the ‘black sheep’ of the family, lives a bohemian life in Sydney. 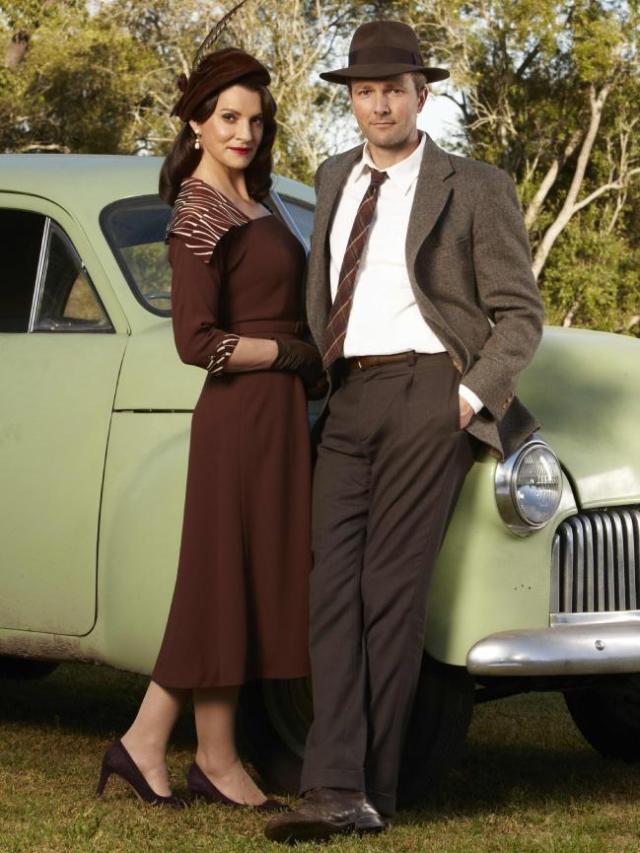 And there’s tough farmer Roy Briggs (Frankie J. Holden) with a heart of gold who instantly connects with nurse Sarah. They develop a warm friendship, a father-daughter kind of relationship, and he offers her a home. There’s also town gossip Doris (Deborah Kennedy), who needs to be carefully navigated. She means well, but can’t help poking her nose into everything.

Last but by no means least, later on in the first series we are also introduced to Regina (Jenni Baird), the sister of George’s deceased wife. She is chillingly, menacingly evil and will do absolutely anything to ensnare George for herself.

Ah yes, I’m so hooked! A story about a lost woman, damaged by the war, trying to find herself and a life. There’s romance, secrets, heartwrenching drama, intrigue and love in all sorts of forms. 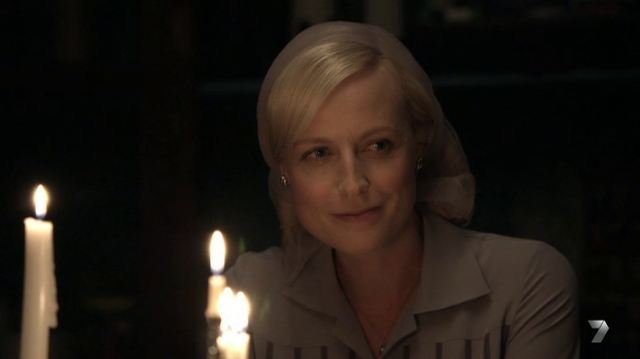 I love that this series centers around a middle-aged woman and man. I love that it’s mostly about people who have actually experienced life and still have new challenges to meet. However, it is also about young people starting to deal with what life has to throw at them. I love the 1950s setting, the effect of the war still very much being felt and still influencing the lives of the people. I love that it raises issues such as learning to live with past trauma, homosexuality, antisemitism, interfaith relationships, out-of-wedlock pregnancy, trying to deal with social conventions. It all looks gorgeous too, sets are beautiful and then there are the cars and the fashion – all in all, a delight to watch! Here’s a trailer:

I hear of comparisons of this series to Downton Abbey but while I have never been that big on Downtown Abbey, I am very big on A Place to Call Home! The series is slowly starting to gather an international following as some countries are picking it up for broadcast. Should this have awakened your interest: the DVD’s are available from Amazon. There will be a series 4 and already I can hardly wait for it! I will have to, though, as I think they haven’t started filming it yet…