It’s a quote from Changes, which is one of my favourite Bowie songs. It was written in 1971 for a different generation, the baby boomers, who were part of a whole lot of change. That particular quote has also been used for the youth of another generation, the Gen X’ers like me, in the excellent 1985 movie The Breakfast Club (see the end of the title sequence, at about 1.45 mins into this clip)…

… and now it is getting linked to another new generation, the late millenials, the young students protesting for change to gun laws in the US right now. To me it’s a perfect theme song for demanding such change! David Bowie’s words live on…

Here’s the whole song; always worth a full listen in my book!

I love what these young people are doing and sincerely hope their voices will indeed finally lead to change! I may be a liberal, stupid European who doesn’t truly understand Americans and American culture, but I’ve gotta say, I’m totally with Stephen Colbert on this one…

… and with Trevor Noah…

It’s interesting that the “me first” and “Make America great again” rhetoric make America look less great than I have ever known America to look.

Almost every day since the president’s inauguration I am shocked by anything that comes from his mouth, with the latest cruel act being his plan to stop the DACA programme. I don’t know much about DACA, and maybe it’s ridiculous that I should have an opinion on this as an outsider not living in the US, but I do not see how stopping this programme makes America great in any way. To me in Europe, it makes America look small and spiteful and closed-minded and bigoted. This programme is humane and to me, as a fervent supporter of human rights, stopping it is inhumane.

We asked DACA recipients to respond to the Trump admin's decision to end the program. Here's what they had to say. https://t.co/9HcMithUd8 pic.twitter.com/Ee2wHJ5dVn

Whatever happened to the meaning of these words?:

“Give me your tired, your poor,
Your huddled masses yearning to breathe free,
The wretched refuse of your teeming shore.
Send these, the homeless, tempest-tossed, to me:
I lift my lamp beside the golden door.”

From the bottom of my heart, I can not understand how anyone with a brain and even one empathetic hair on their head can think that anything Trump has done since January is good! All I see coming from the White House is doom and destruction. It still shocks me every day that America has elected such a man as their president. It heartens me to see that his policies are met with wide-spread protest and I hope it helps to overturn these decisions!

From my point of view, the only way to make America great is this… 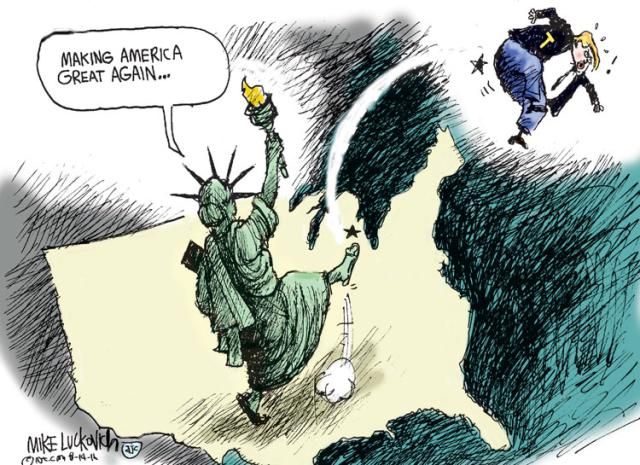 I’m still hoping for something better for America and the world that is also affected by the man’s destructive rhetoric and policies.

Ah yes, real life has begun again! I still have lovely memories of my recent holiday in England as I sip tea from my cat-cup that I bought in this wonderful cat-themed shop in York… 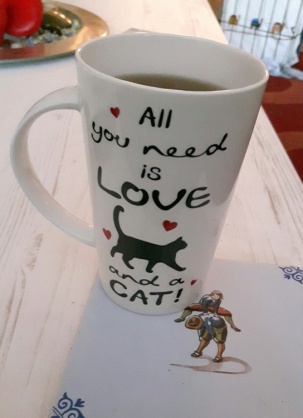 … but the real world has crudely descended upon me again.

My aunt’s closest friend, who has also become a friend to the family and who I have known pretty much my whole life, has suffered a brain hemorrhage and is now half paralyzed and barely conscious. She is 92 and it looks like she won’t recover from this. I’ve already seen her twice since I came back home last week Friday evening; this morning she was even conscious for a bit, recognized us visitors and was even able to communicate some things. How long she will last, we don’t know, but it could be a few months yet and it’s already heartbreaking to see her slowly waning like that…

Another worry has been my daughter. She has had to deal with some issues this past year which resulted in us all wanting to enrol her at a different school. This past July, at the end of the school year, we were interviewed by the director of a new school, he wanted to check some things with my daughter’s old school and would then let us know whether she can indeed come to this new school. We all don’t forsee too much trouble but it is a formality that apparently needs to be handled before she can change schools.

As the summer vacation was upon us, the director hadn’t been able to reach my daughter’s old school. He told us then that he couldn’t do anything until the 3rd week of August, the week before school is due to start, which is this week. He would try to get it all in order then (which is now) and hopefully have her enrolled.  But: we haven’t heard from him yet! We’ve been trying to call him since this past Monday afternoon but we can’t reach him. We couldn’t reach the school administration either. Until today… I finally got someone on the line! I asked whether my daughter is actually enrolled or not, but the admin lady didn’t know. All she could tell me was that she couldn’t find my daughter’s name on any class list yet. The school had asked for my daughter’s info before the vacation and we had e-mailed it all in July before we left, but apparently nothing has been processed yet. The admin lady needed to ask the director but she couldn’t reach him either (and hadn’t seen him around school yet)! So, here we are in limbo land… we told my daughter’s old school last July that she will be going elsewhere (and she really doesn’t want to go back there!) but she isn’t enrolled in the new school yet either… So now, we don’t know which school she can go to this coming Monday. This insecurity is stressing me out!

And then, in addition, the US political situation is freaking me out; it has a grip on my heart like an iron fist! First, last week, it felt like the orange president was about to start World War III, if not with North Korea then with Venezuela. That seems to have been smoothed over a bit for now but then this week it feels like he is unleashing a second US civil war instead! Ever since all the unrest and the terrorist attack in Charlottesville this past weekend this Muse song has been drifting through my head (“I am hungry for some unrest…”):

Don’t get me wrong, I’m not hungry for unrest (the opposite, in fact!) but the phrase just keeps on popping up in my mind. To be clear, I hate violence, whether perpetrated by the right or by the left! But there is only one side that has initiated this by their blind hatred: white supremacists and nazis. “All men are created equal“, right? Not to these white supremacists who organized this hate demonstration! And here we have a world leader condoning them (despite him saying he doesn’t), enabling a society in which nazis can flourish. Where will this end? I know it’s all happening geographically far away from me, but it feels close and it scares the shit out of me.

This is a week of such great unrest for me, I find it a little difficult to cope. Work has started again and has taken my mind away from these troubles occasionally, but there is this sinking feeling, always there in the background, that I can’t quite shake. Here, some gifs that illustrate how this week has been for me…

It’ll help a little when at the very least this situation with my daughter gets resolved. Fingers crossed for tomorrow!

I was recently reminded of a picture taken a few years ago;  a picture of Esther’s treasures which really made me smile: 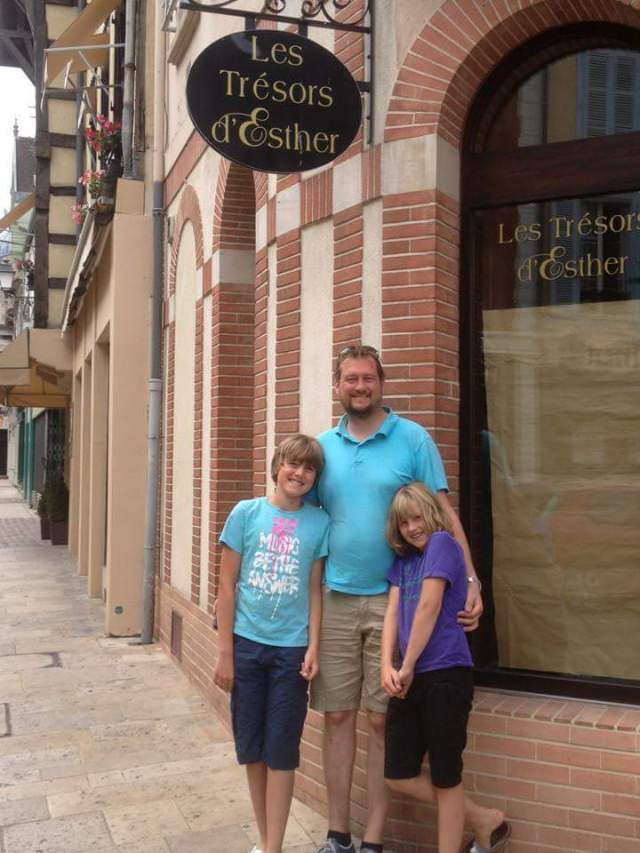 I’ll just hold on to that for positivity, shall I?