The news these days is awful and I find myself dreading to switch on the news every morning, dreading what awful thing has happened now… awful awful bombing in Baghdad, hostage situation and killings in Dhaka, another bomb in Medina… and here in the West people keep on blaming ‘those muslims’ for it all and reporting on these tragedies is nothing compared the reporting we had on Orlando or Brussels or Paris a year ago. Why? Has the West really become so bigoted against Muslims they can’t even report on tragedies that befall them? Not only the bombings make me sick, rampant Western xenophobia makes me sick too… People like Geert Wilders and Trump and Farage make me sick… I came across a Banksy graffiti picture the other day which expresses it perfectly! 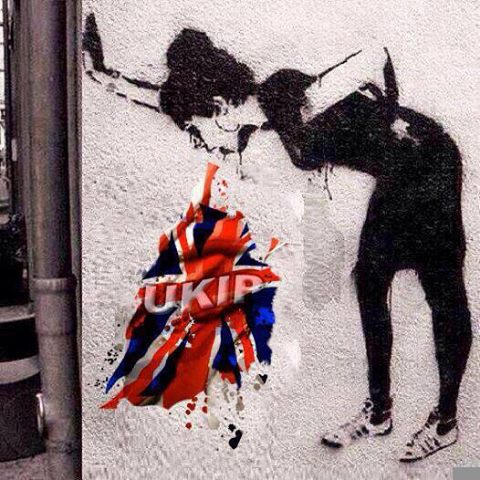 I’m so depressed over the news, I find myself trying to hide away from it… not that that helps and changes anything, of course… All I have been able to blog about this past week or two is politics, even though this blog is not intended to be political – at all! It just feels like the world is turning upside down and I feel totally powerless! For instance, I see in a poll today that Trump is only 3 points behind Hillary for winning the US presidential election – will he catch up and will something inconceivable happen in the US (like Brexit was to me in the UK)? Ugh, here I go, feeling sick again…I fear for the future so very much!

I need to get back to some happy places in my blog-life, to counterbalance the political worries in real-life. So, I need to stop blogging about politics for a while. I hope I can. Let me start here… See this Audrey Hepburn picture? It makes me smile, was on my Twitter timeline today: 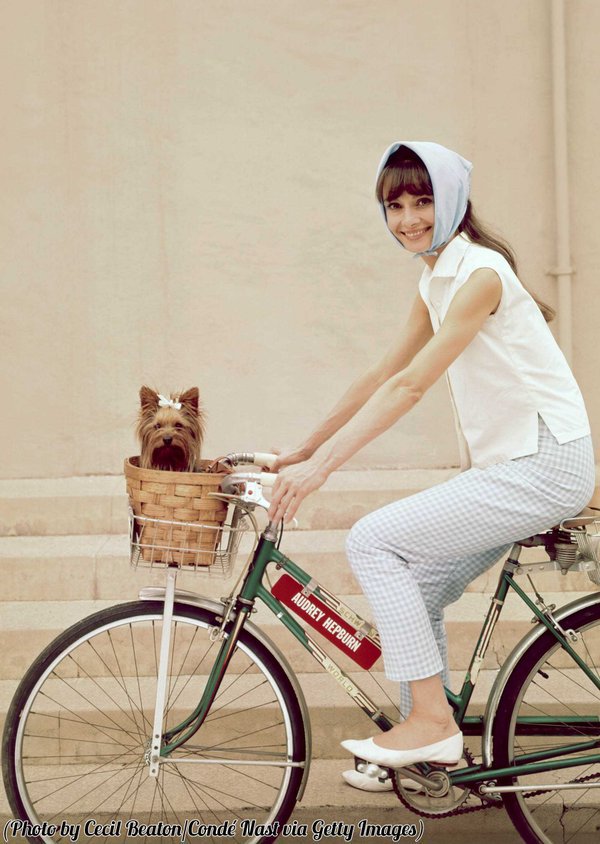 And this tweet also makes me happy, from a few days ago:

Great VO session with @RCArmitage , known for his role as Thorin Oakenshield in "The Hobbit", here at @SohoSonic. pic.twitter.com/lcV0svTG0C

Richard’s hair is growing longer, I love it! Here let me crop him out for closer study… 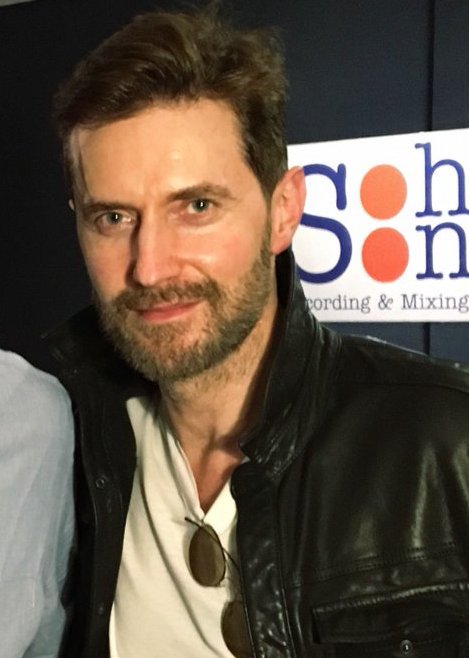 Oh, and there is a new Bridget Jones trailer! I really don’t like the “who’s the baby’s daddy” premise for this movie and I do wonder whether it was smart to make another Bridget movie, but I do admit that I had to chuckle quite a few times when I first saw this. I think I loved Colin Firth’s sour face most and I loved Emma Thompson too. She’s in it and seems to be stealing the show for all the scenes she’s in…

If Bridget doesn’t end up with Mark Darcy (Colin Firth) forever at the end of this movie, then the ‘world has turned upside down’ feeling will be complete. But for now, I will try to keep on smiling.

So, I recently was in London for a week and if I had really tried I possibly could have met Colin Firth! Theoretically… I maybe could have caught a glimpse…

Just before I went to London I read that Prince Charles would be hosting a reception for Britain’s Oscar winners at St. James’s Palace in London and that Colin Firth would be there! I would love meet Colin Firth one day, if only for a few brief moments… I’ve met Richard Armitage, I’ve seen Pierce Brosnan up close and personal, and I sat just a few rows away from Michael Palin when he came for a talk to The Netherlands, but I have never once seen Colin Firth in real life. And Emma Thompson was also going to be at this reception. And Judi Dench. And Maggie Smith. And.. and… and…

I was going to be in London and I would actually know where Colin Firth would be on a certain day (May 4th) when I was also there! So, I was thinking of staking out St. James’s Palace to try and catch a glimpse of the man. However, I was in London with the family… and I had no idea when exactly on May 4th this reception would be… and I had no idea what entrance Colin Firth would use… I had no idea if I would even catch a glimpse should I even know these things, maybe his car with darkened windows would just whizz by and that would be it!

In the end, there just was no time! My guess was that the reception would be in the evening (a correct guess as it turned out later) and that evening my brother had, as a surprise, gotten us tickets to see the play The Railway Children! As much as I want to see Colin Firth, doing this with the family came first and what a wonderful time we had. So, I did not do my stake out at St. James’s Palace after all and I could not regret that either… But I did see a few pictures the next day: 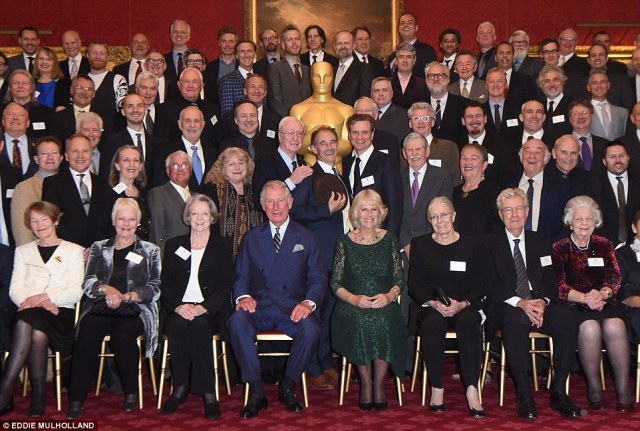 Colin is behind Camilla with Mark Rylance and Michael Caine. Vanessa Redgrave beside Camilla and on the other side next to Prince Charles we have Maggie Smith and Judi Dench. Emma Thompson is cut off this picture, but she was somewhere more to the right. 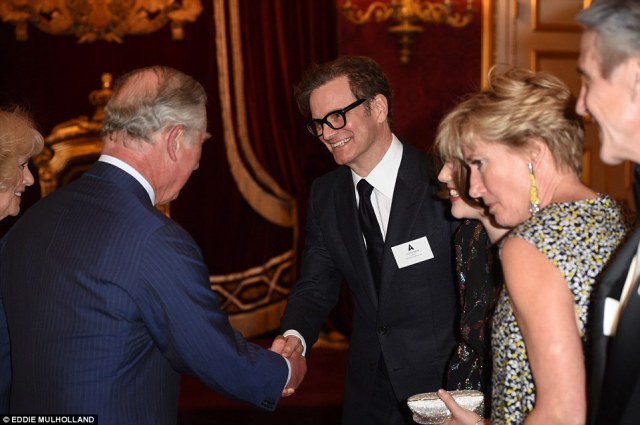 And to think that Colin won his Oscar for playing Prince Charles’s grandfather in The King’s Speech!

Apparently Emma Thompson was clowning around with Prince Charles (with Colin Firth in the background): 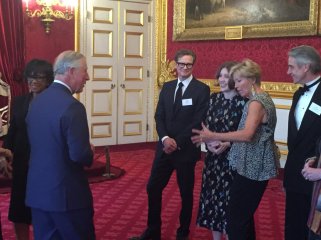 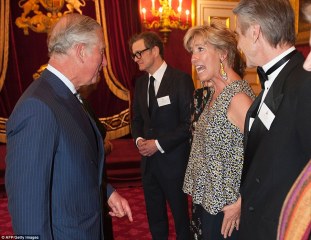 And I loved this shot of Judi Dench: 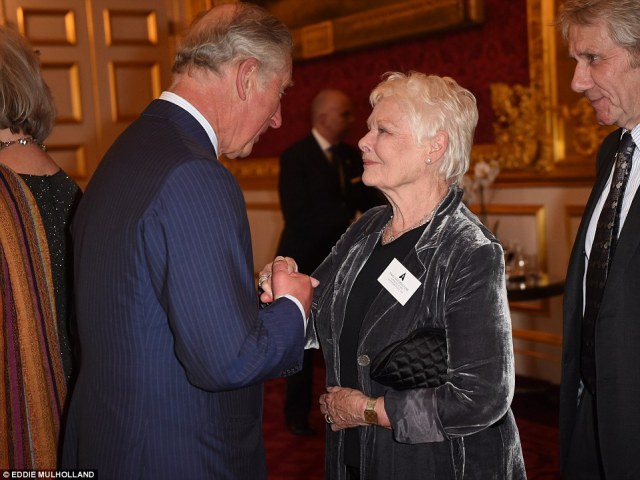 There is also a brief video summary of the event:

Then two days later my brother tells me that Emma Thompson doesn’t live too far away from where he lives! He’s never seen her around ‘in the wild’ but we figure out where her house exactly is. Basically we could just walk past her house if we wanted to! But we never do, that would be creepy… I also haven’t held on to the info about her house because what good would that do me anyhow?

I do leave London feeling like I could have almost met Colin Firth! And that I could have theoretically bumped into Emma Thompson at Waitrose supermarket! Just the idea that I could have seen them around makes me happy! Maybe when I come again next time I will? I’ll keep a lookout…

This Saturday my husband, my kids and I will be flying to London and we’ll be staying for a whole week! Whoop whoop! Very excited! Despite my brother living there, my kids have never been there, so we decided it’s about time we take them… We’ll do the whole touristy stuff with them: London Eye, changing of the guards at Buckingham Palace, Westminter, Tower of London, Covent Garden, Oxford Street, etc. 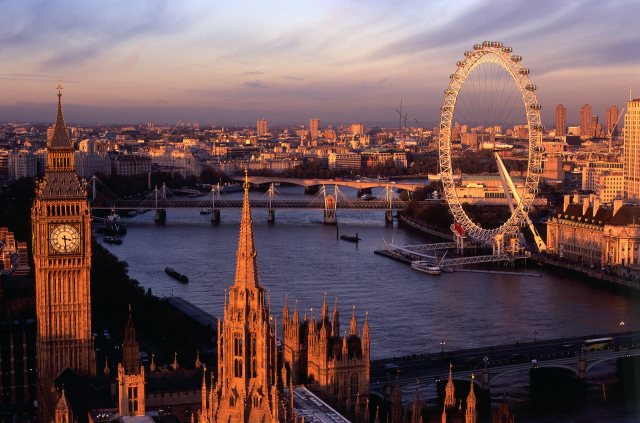 Maybe we’ll try a show as as well… Or I could try and catch a glimpse of Colin Firth and Emma Thompson and many others on Wednesday as they head for a British Oscar winner’s reception with Prince Charles at St. James’s Palace! Oh, how I would LOVE to see those two for real! If only I knew the time (I’m thinking evening) and what entrance of the palace to choose… Not sure, with the family around, I’d have the time to actually scout the place for any length of time during the day…  but maybe… who knows? Or I could run into Richard Armitage as he still seems to be in London. At the very least I could try and see the play he seems quite lyrical about in his latest tweet:

Anyone else (Hariclea perhaps?) have ideas on what play/show would be good to see in London next week, if I/we can find the time?

In any case, I already now know we’ll all have a wonderful time. It’s not only about taking in all the London highlights, it will also be wonderful catching up with my brother who I don’t see often enough. I always love coming to London. 🙂

Gosh, I really do have a lot of internet stuff to catch up on! But first had to finish this Miss Fisher video set to a Fred Astaire song. I felt the lyrics quite suited Jack’s story. 🙂

I have always loved Fred Astaire! Here, have him and Ginger Rogers on roller skates!

In other news: the first new Bridget Jones movie trailer has been released (Bridget Jones’s Baby). I’m not sure what to think of it. It all seems such a rehash of the the first two movies… Of course I will have to see it when it comes out because of, well, Colin! And Emma Thompson is in it too! But I don’t know if I like this whole “I don’t know who the father is” scenario…

And now there’s Armitage & the chimps (sounds like a 60s band name)! Richard seems to have joined yet another cause, going by a tweet picture posted by his co-star Michelle Forbes… 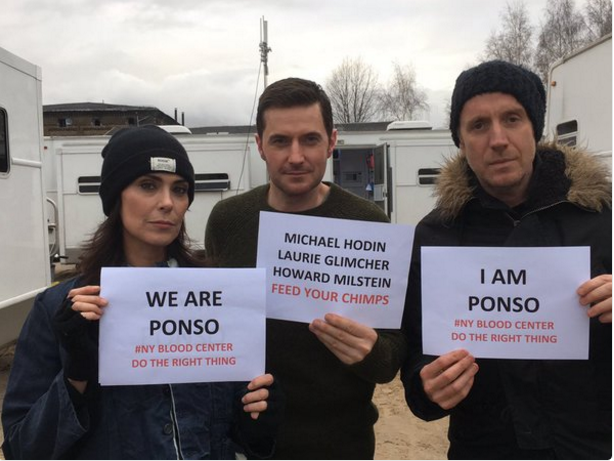 No idea what this is about yet, and I love Richard’s good heart, but his cause-supporting is all over the place, influenced by whatever project he is working on or whatever co-star he is working with. I wonder which cause is truly closest to his heart?

Day 15 – The best movie adaptation of a book

When I think of movies that I love and have also read the book of, there are some great adaptations that spring to mind (and I know I must be forgetting some): the Harry Potter and Lord of the Rings / The Hobbit adaptations, The Help or To Kill a Mockingbird (the adaptations I love, the books I love even more), Atonement or Breakfast at Tiffany’s (where I really liked the movies but found the books tedious), Bridget Jones’s Diary, The Remains of the Day, Doctor Zhivago, Gone With the Wind, The Color Purple, A Room With a View, Sophie’s Choice, Rebecca and any Jane Eyre adaptation (TV or movie, I watch them all and I like most of them to some degree or other, although I am still searching for the perfect adaptation for that book).  But I think my favourite movie adaptation from a book has got to be Ang Lee’s Sense and Sensibilty with a screenplay by Emma Thompson!

I love Jane Austen and Emma Thompson did such a great job translating Austen’s novel into a screenplay. It was not exactly the same as the book but that never bothered me as the story was all there, with some extra bits thrown in. The movie brought out the humour, the love and the drama in the story and Emma Thompson deservedly won an Oscar for that. 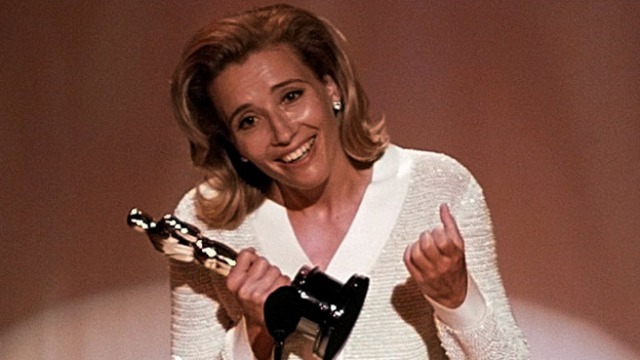 Sense and Sensibility introduced me to Kate Winslet who I instantly loved. The other roles were also wonderfully cast and the film just looked beautiful. And Greg Wise, who played the unworthy Willoughby, ended up being Emma Thompson’s husband in real life! I still love watching this movie. I also love that Geraldine Granger was watching it in The Vicar of Dibley and then some time later, when Harry Kennedy proposes to her, Dawn French (as Geraldine) spoofs Elinor’s reaction so delightfully when she realizes Harry is free to marry her. 🙂