All sorts of Richard goodies for Christmas!

First there’s the Christmas messages. The message itself…

… and I like that he expresses some personal political opinion which sounds like it is very close to my own to boot! Yesterday evening we watched the The Battle of the Five Armies with the kids and when Thorin was barricading the mountain, not wanting to let any Lake Town refugees in, I exclaimed, “Why, that looks just like Europe and the refugee crisis!” Well, not completely, but I did feel a similarity there. The topic clearly resonates with me too…

And then there’s the Christmas wishes with pictures Richard tweeted…

Happy Christmas and Love and Goodwill for 2016 pic.twitter.com/vmn6yO1IFx

While that Christmas selfie is fine, the picture that I keep staring at is this one from the upcoming Pilgrimage movie:

Oh yes, I really need to see this movie, just going by the few images that have already been released!

And there are more goodies for Christmas! As I already mentioned, we watched The Battle of the Five Armies last night and my husband and I said yet again how we love the drawings during the end credits. “I wish they had a calendar for 2016 with that!” my husband sighed. So, I took immediate action: got screen grabs of those illustrations and have made a calendar of my own for our own personal use that should arrive later this week! A few of the featured images: 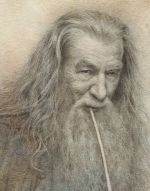 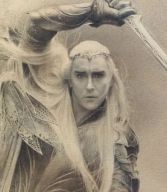 With this one as my favourite, featured for April (a little present to me as my birthday is in April):

The calendar will be wrapped as a gift under the Christmas tree, something for both my husband and me to enjoy during the coming year!

And then another Christmas goodie just turned up: Richard answering fans’ questions at Audible for the David Copperfield recording. And he mentions the fans’ names too! I know what I would do for my ringtone if I were one of these fans… 😉

It really is beginning to look a lot like Christmas!