Continuing on from here, this is part two of Guylty’s Armitage distraction challenge. 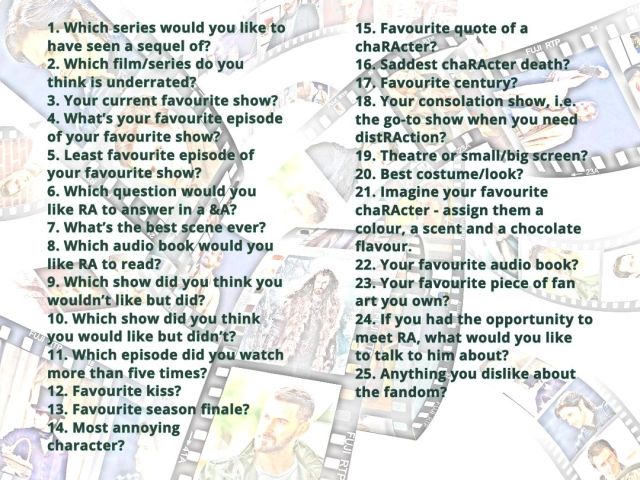 14. Most annoying character?
Gosh, wrecking my brain here but not many characters annoy me. I like them or I don’t like them (for instance I hated that awful Percy guy in Marie Lloyd) but annoy? Had to think on that and then came up with Richard’s most recent character, Dr. Astrov in Uncle Vanya. I was very annoyed with his treatment of Sonya in the play, where he was leading her on and then pulling away. There were even gasps in the audience at one point at how he treated her. Yeah, annoying as hell!

15. Favourite quote of a character?
I suck at remembering quotes but after a little digging in my brain, one does spring to mind by Harry from The Vicar of Dibley:
“My visit here tonight could actually constitute a third date and therefore you would in fact owe me the sum of one kiss… with tongues…”

17. Favourite century?
19th or the present… both are fine for me…

18. Your consolation show, i.e. the go-to show when you need distraction?
North and South for yearning romance, The Vicar of Dibley for a laugh.

19. Theatre or small/big screen?
Tough pick. What I want more than anything is a good project and the medium matters less to me. I do want access to that medium, though!
I adore Richard’s presence in the theatre, but such a performance, and the feeling of actually being there and witnessing his abilities live, is so fleeting. Fascinating and almost overwhelming, but fleeting.
I love the big screen to get a good close-up view of a huge Richard but that too is fleeting.
The small screen projects tend to be longer term and are great for seeing Richard develop a character over time.
So, I’ll happily partake in any (visual) medium on offer but in the end I guess I want everything on the small screen in my own possession for endless rewinding and studying over and over again.

20. Best costume/look?
I actually loved his John Proctor look in The Crucible. 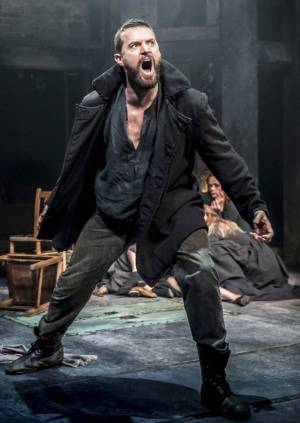 21. Imagine your favourite character – assign them a colour, a scent and a chocolate flavor?
Who to pick because I really like Harry and the three Johns (Thornton, Porter and Proctor) but in the end I guess I’ll pick John Thornton because he was my first love.
Colour: grey, as Milton is a grey, industrial city and John’s life seems a bit dull and grey until Margaret comes into his life.

Chocolate: as long as it is heart-shaped and in a red wrapper, the flavour doesn’t matter so much. It’s all about the deep love John feels for Margaret.

22. Your favourite audiobook?
Audiobooks, not for me. But I did really enjoy what was more of an audio play called The Martian Invasion of Earth. Richard just voices that one character (one thing I don’t like about audiobooks is one actor doing all the characters in different voices) and can play off his co-stars. That sounded awesome to me and the story was exciting. 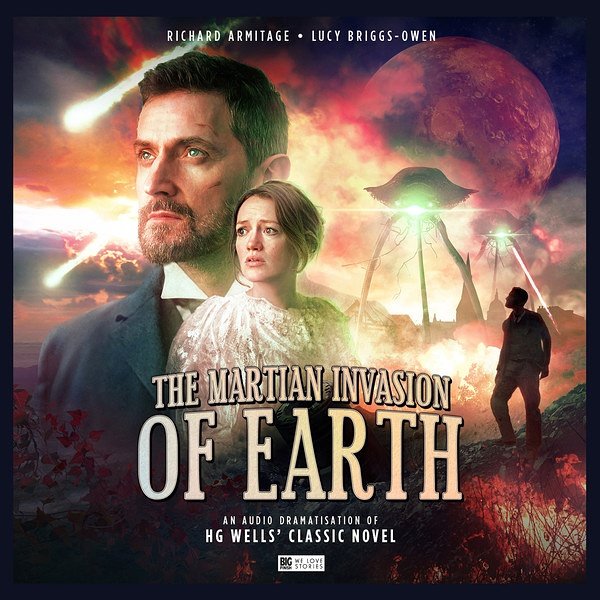 23. Your favourite piece of fan art you own?
Yeah, said this before: the painting my mom once made for me of The Crucible. I made a phone cover that Richard even signed for me a few years ago in Newcastle! And the image graces the cover of my new phone now as well (plus it’s been the header for this blog for quite some time now).

24. If you had the opportunity to meet RA, what would you like to talk to him about?
Life. His youth, his relationship with his parents and brother & family, his true feelings about the work he does and the people he works with, difference between living and working in the US and the UK, his home life, books, movies, music, social issues and maybe even touch on politics. We could talk for days, make sure we laugh a lot too and drink loads of red wine.

25. Anything you dislike about the fandom?
Hero-worship (seriously, he’s just a guy) and drama which has always been around and always will be, I guess. I try to keep away from drama (so far I’ve been pretty successful with that) and just stick to my thing.

And voilà, the Armitage DistRAction Challenge 2020 is complete! Thanks for the fun, Guylty!