Lots to post but can’t type well on my phone, so longer update will follow when I get home again in a few days and am back at my laptop. This past evening I met up with Hariclea to see Uncle Vanya in London’s West End together and it was good! Toby Jones is such a great Vanya and I couldn’t take my eyes off Richard Armitage as Dr Astrov.

Quick pic I took at the end of the play: 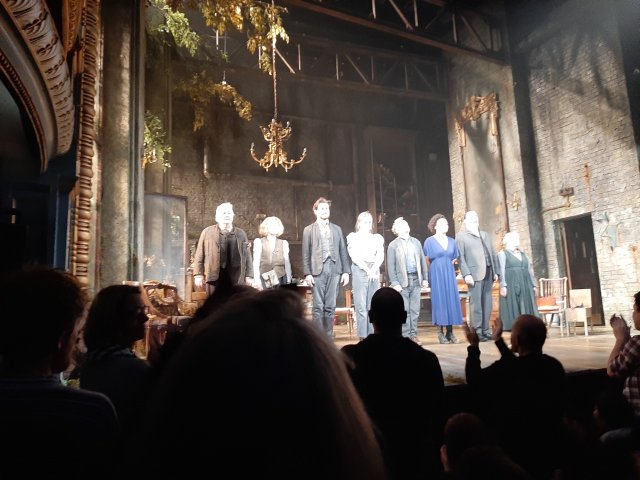 We had great seats, 4th row with excellent close up views of Richard. After the play we went straight out to the stage door, Ciaran Hinds was the first one out. He came across as gentle and softspoken. I complimented him on his performance and we had a lovely, short, smiley exchange. Alas the pic where we exchanged smiles is a blur but it was a lovely moment. 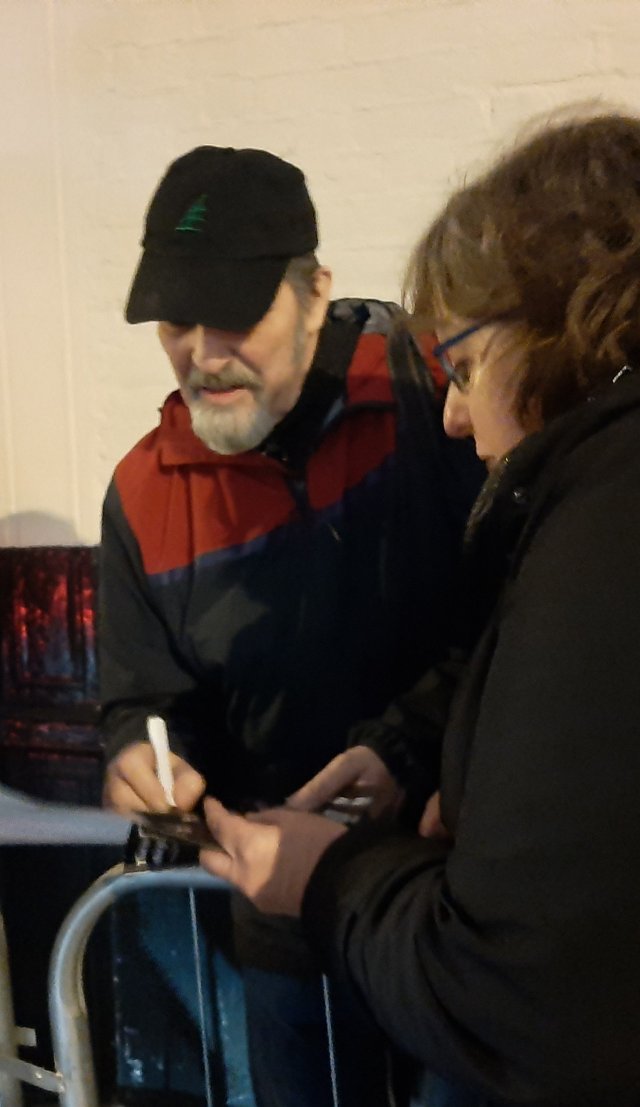 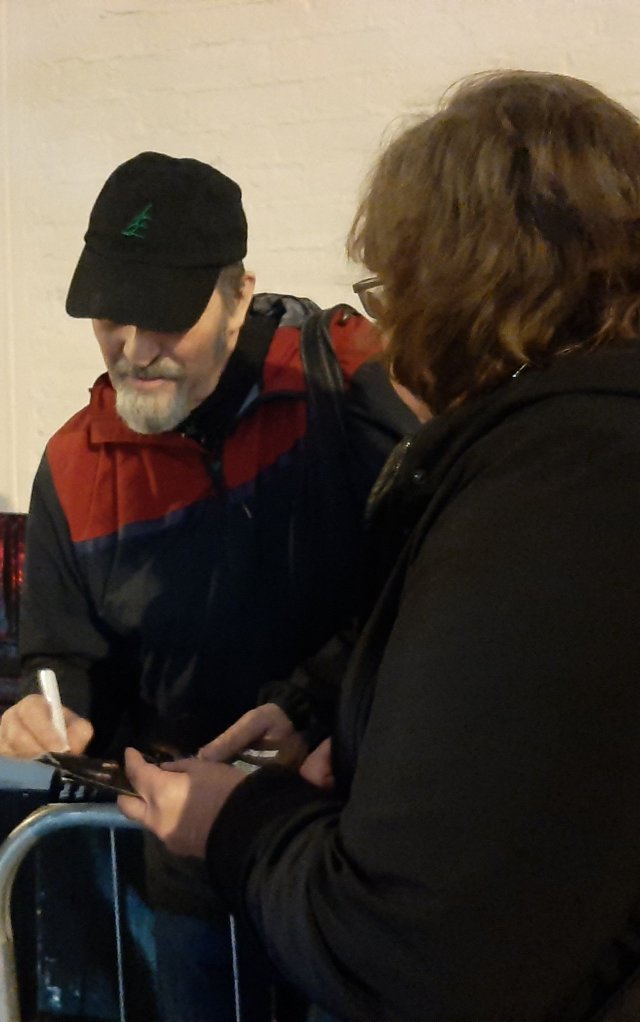 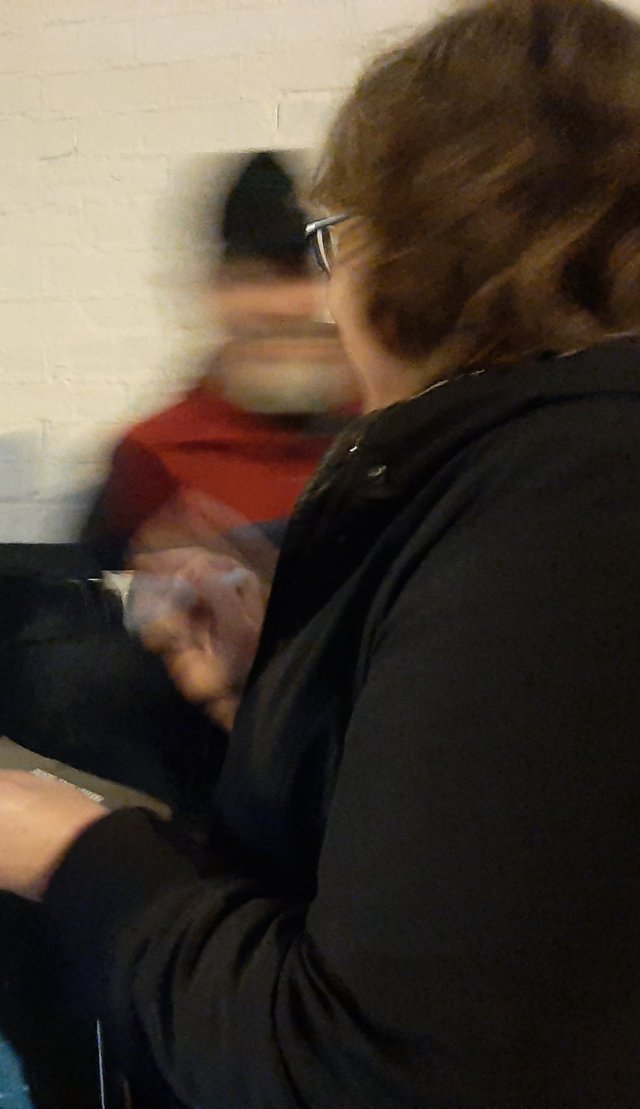 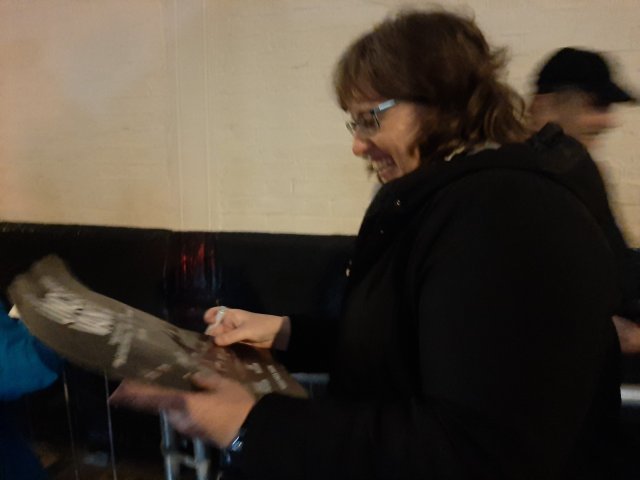 Richard came out next. He was quick as lightening, kept his head down, didn’t say much but graciously signed what he was given. I also complimented him and as he moved on he threw me a quick half glance with a smile and thank you. In the 4th pic below he’s signing my poster. 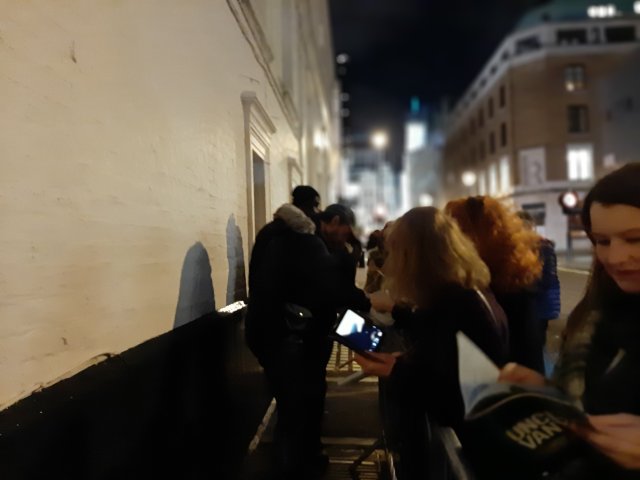 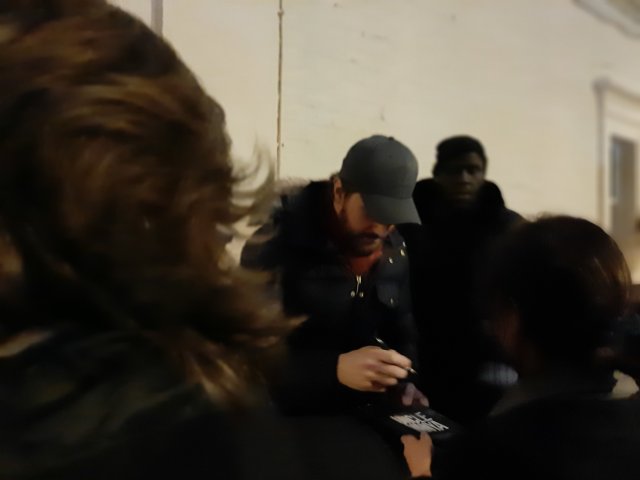 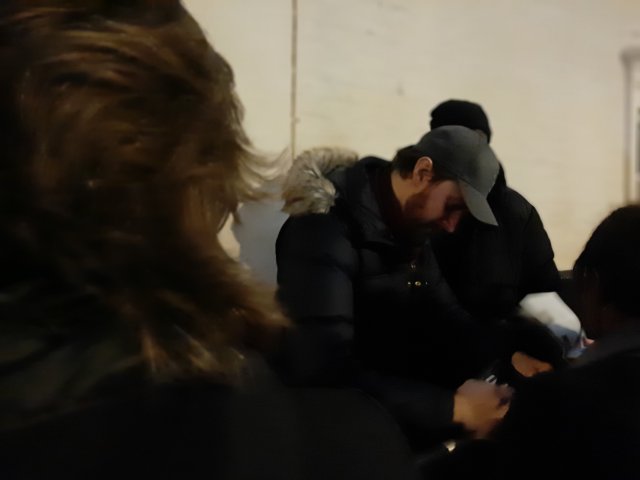 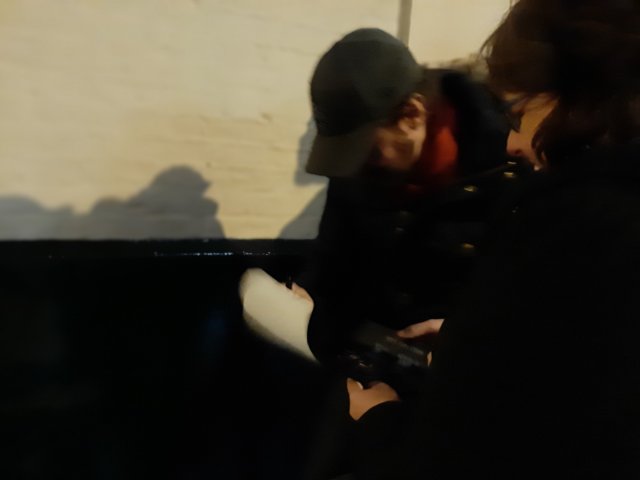 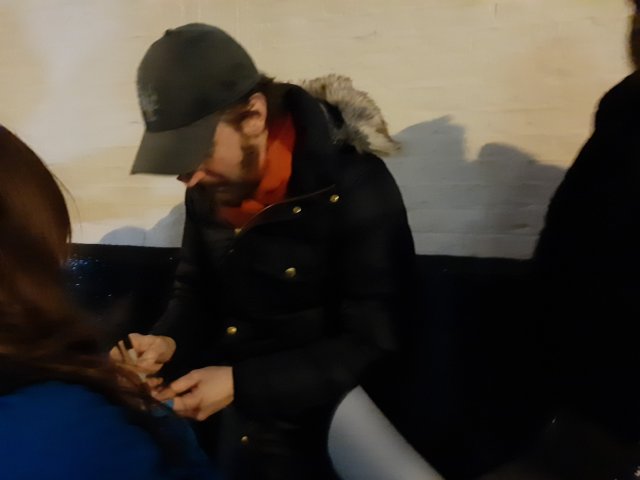 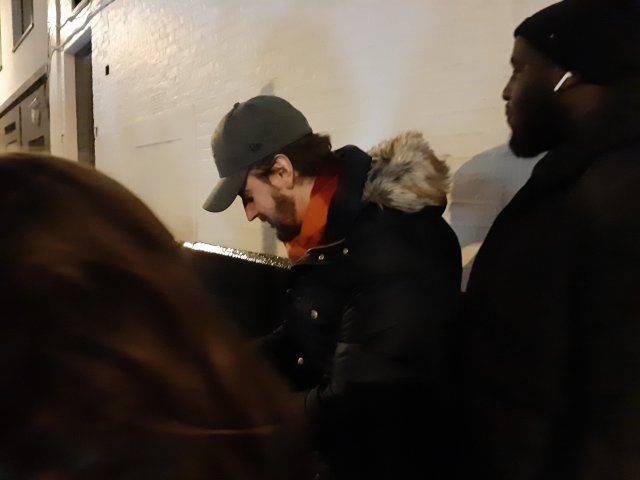 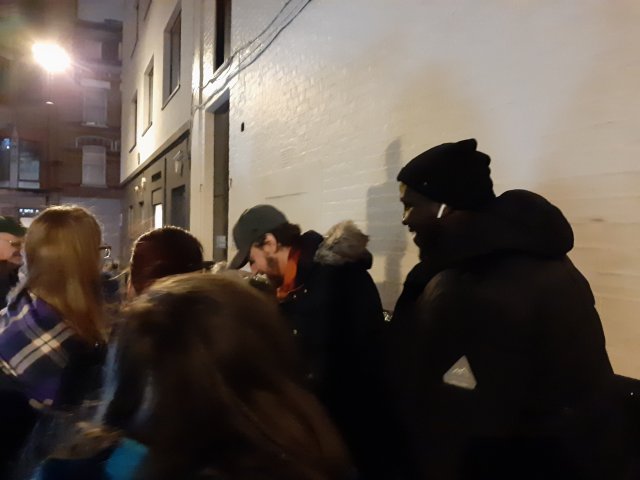 And Toby Jones was the absolute sweetest. He took a little more time, smiled and thanked for compliments and very patiently and graciously posed for photos. I cut off the lovely Cindy who stood there with us but she was in these too. 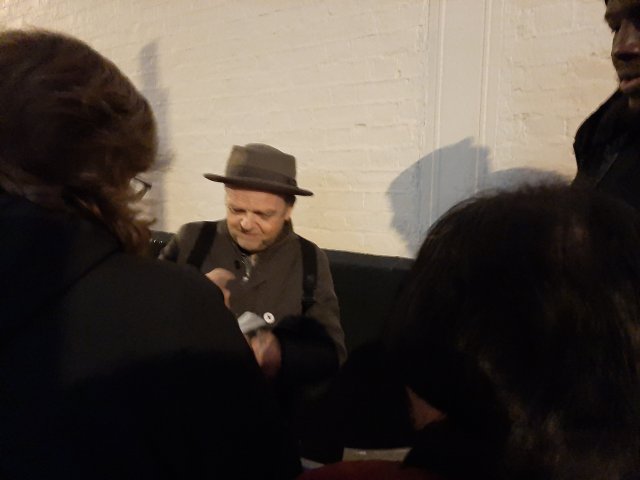 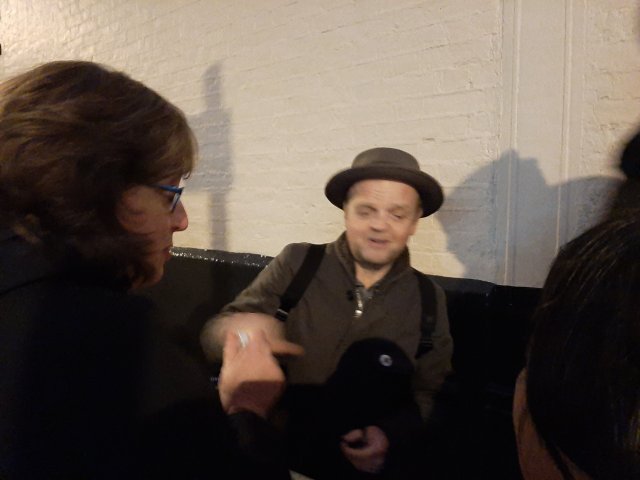 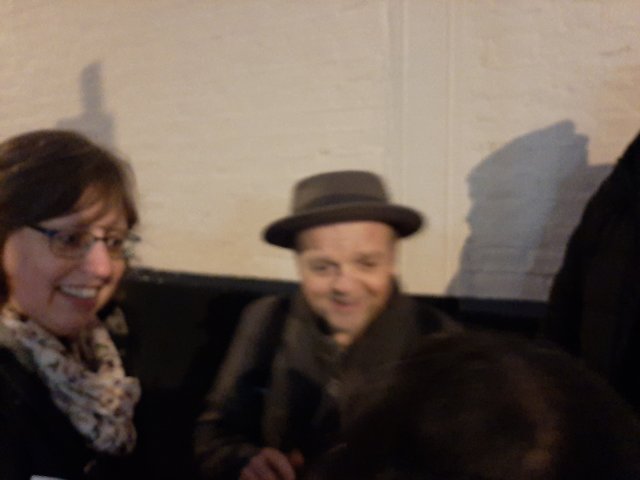 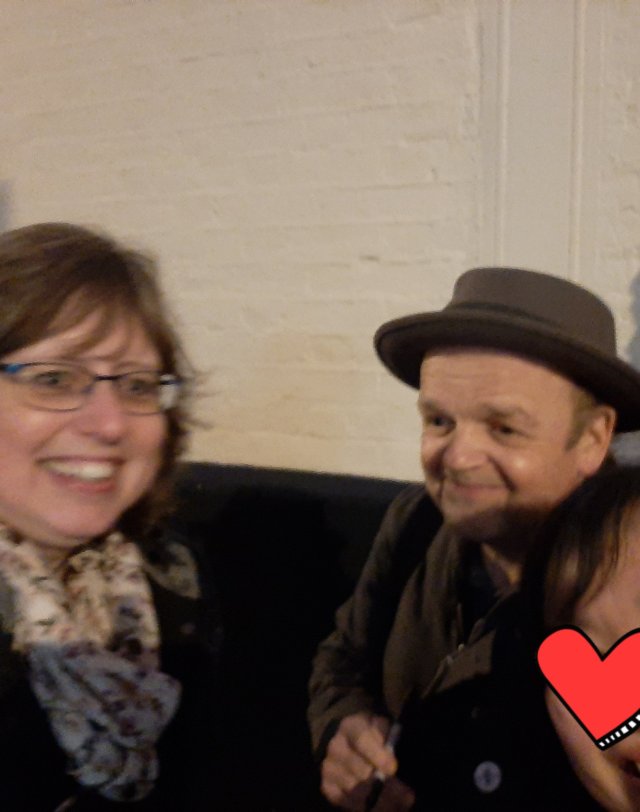 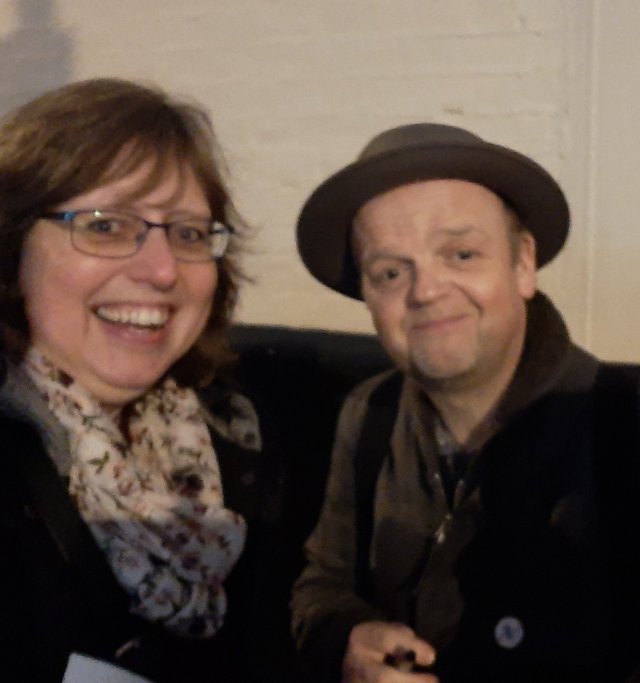 Pics were not from my best angle but nonetheless I am very grateful for them. Thank you so much Hariclea for taking them! 😘

I’m pleased with the end result of my signed poster. Should’ve used a light marker but it’s still good with all the black signatures too. 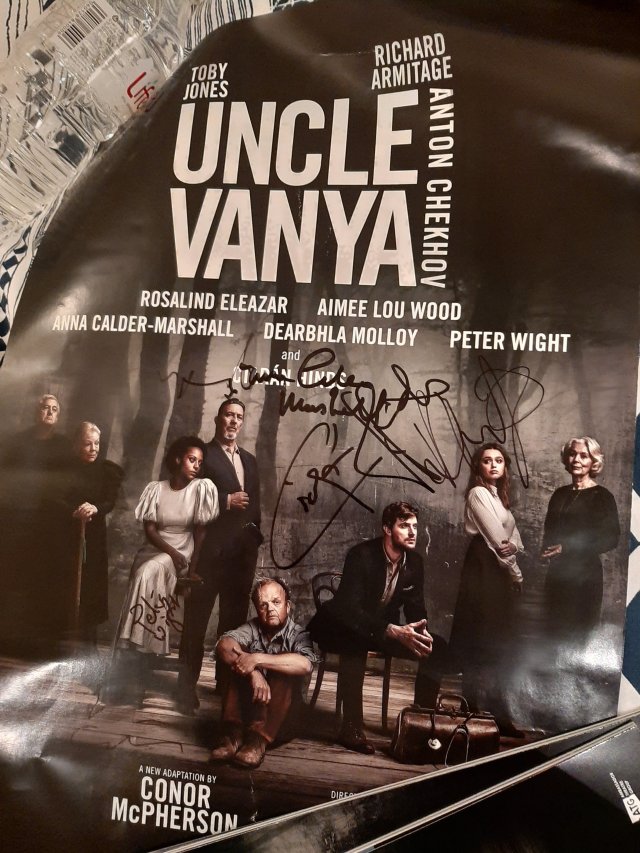 Off to bed now. More to follow at a later time.

Edit: Apparently when you publish from your phone, comments are automatically switched off. They’re switched on now…

50 thoughts on “Uncle Vanya, night one”