I wasn’t able to make it to a march yesterday but I have been looking at reports about the protests with a great sense of joy and hope. Let me join in the protest here online and share some of the most awesome signs I saw on my Twitter and Instagram timelines… 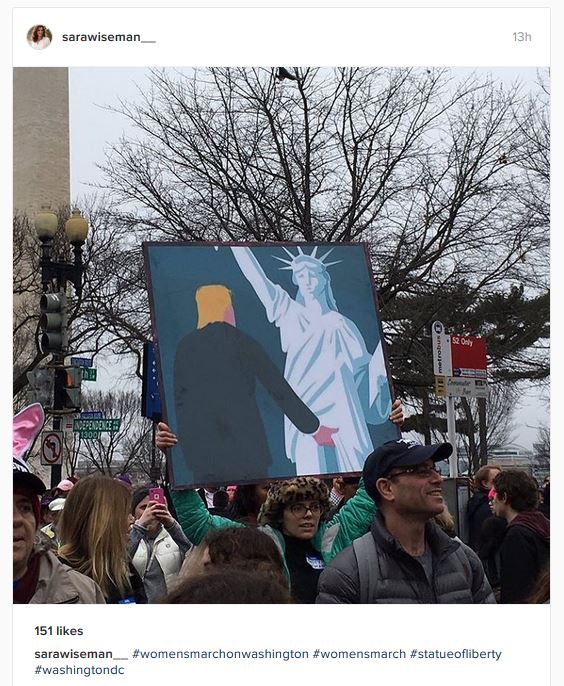 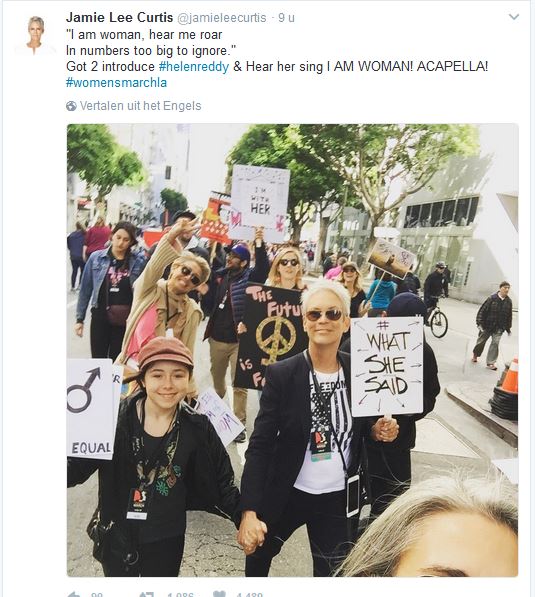 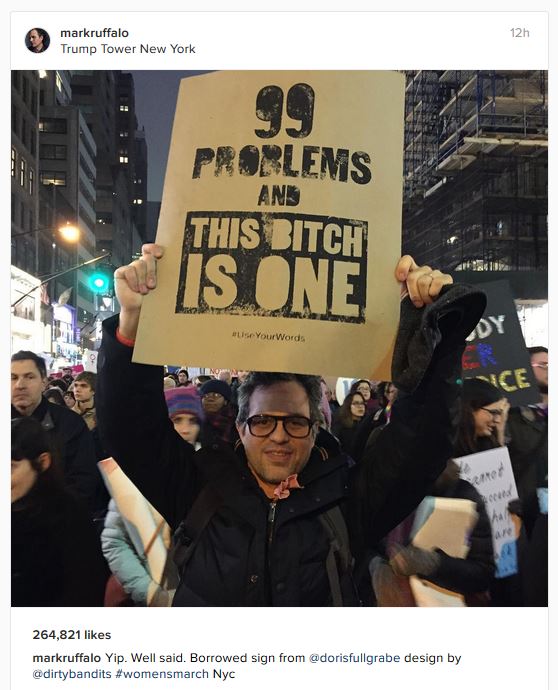 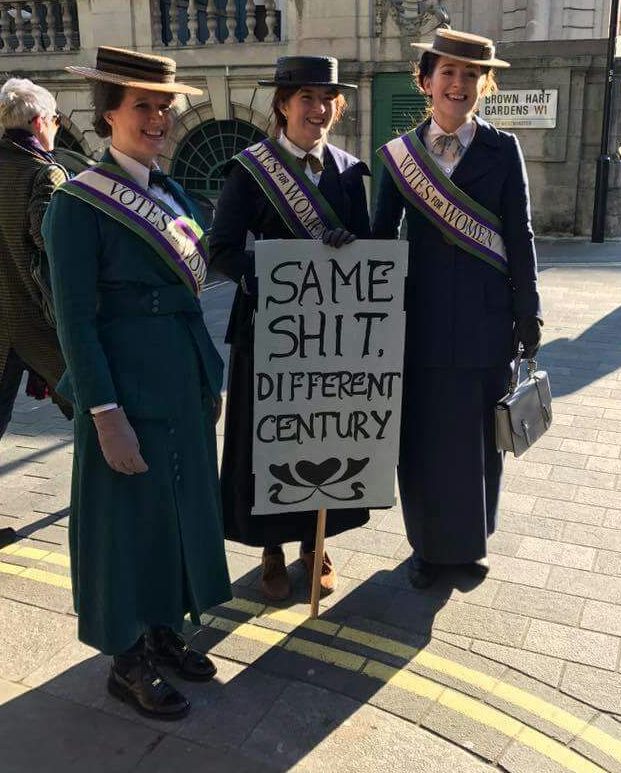 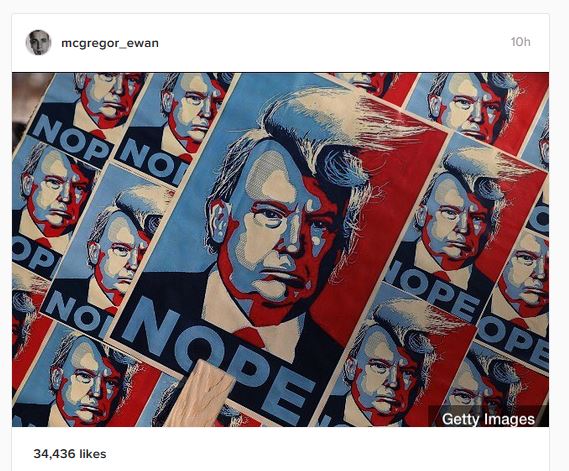 Pete Souza, White House photographer, posted this understated message and I have to agree with him..

And to round it all off, apparently my favourite actor Richard Armitage marched in New York as well yesterday. I am so happy about that!

These protests give me hope, also for my own country, where there were solidarity marches for the US (and for women’s and human rights) in Amsterdam and Den Haag.

AMSTERDAM, NETHERLANDS – JANUARY 21: Demonstrators make their way from the iamsterdam statue in front of the Rijksmuseum towards US Consulate during the Women’s March held at Museumplein on January 21, 2017 in Amsterdam, Netherlands. The Women’s March originated in Washington DC but soon spread to be a global march calling on all concerned citizens to stand up for equality, diversity and inclusion and for women’s rights to be recognised around the world as human rights. Global marches are now being held, on the same day, across seven continents. (Photo by Dean Mouhtaropoulos/Getty Images)

The populist right is also popular here. It’s ironic how several European populist leaders, including our Dutch one Geert Wilders, have recently met each other in Koblenz; European cooperation between populists who are anti-Europe? Interesting… Anyhow, just protesting is nice but it needs to be followed by actions as well and for us here in the Netherlands that also means: go and vote in March!

Oh man, I wish I could stop posting about politics but somehow this feels like the most defining time in history in my lifetime. My core values and democracy and human rights are under threat and I find I just can’t stop myself from writing about some of this stuff…

23 thoughts on “Fight for your rights!”