Richard Armitage is 45 years old today and I wish him all the very best for the coming year and beyond with lots of love and happiness and success!

It almost feels a bit like my own birthday, as I’ve been catching up with Richard news since coming back from my vacation: Berlin Station trailers and pictures, Richard in a lovely lovely light grey suit…

… and I love this picture…

The Berlin Station trailers look really good. And I don’t just mean Richard looking good, those trailers and the story look good too! But let me focus on Richard here (images sourced from RichardArmitageNet.com, but cropped and lightened by me – click to enlarge). We get political-Richard (OK, long shot, but there is Obama in the background!), crinkle-Richard and goofy-grin-Richard! 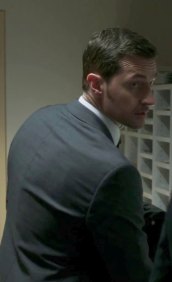 I find it weird to hear his voice with an American accent but from what I gathered from the trailer, the accent seemed better than I remember it being in Into the Storm (where his accent felt totally off to me). And this following image really made me smile – Richard mimicking his intense phone stance from the Berlin Station image: 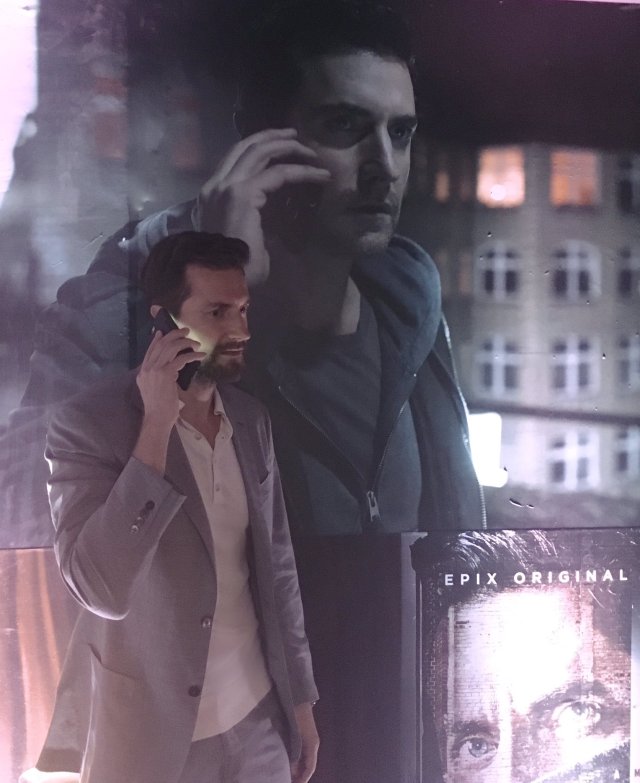 If Berlin Station is as good as the promos promise, then the coming year may be a good one for Richard!

There have also been two nice Brain on Fire  images, of Richard as doting dad.

Especially that second image, his whole face as well as his body exuding love and concern, warms my heart. Here, have a close up, look at the crinkle at the corner of his eye and the tender smile and the leaning… ahhh!

And apparently the movie is going to the Toronto International Film Festival (TIFF) as well. I went to TIFF once with two close friends of mine and am just realizing that that was 10 years ago! At the time we tried to get glimpses of Brad Pitt… but yeah, this is all we saw at best (i.e. nothing):

We did catch very far away glimpses of Kate Winslet (the blonde in the middle of the left picture) and Russel Crowe (in the top middle of the right picture): 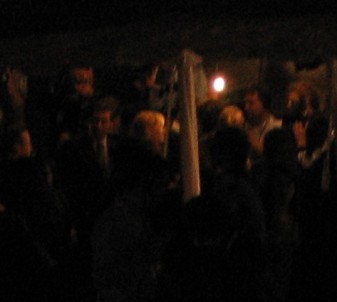 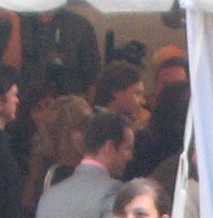 Anyway, even though we never actually got to see the stars properly I have very very fond memories of going to TIFF with my two friends and I would love to go again, especially with Brain on Fire screening there! Alas, I have no money-tree in my back yard… just like I probably won’t be able to go see Love Love Love either… but today isn’t a day for feeling sorry, it’s a happy birthday day and I am thankful for all the goodies I have been looking at since my vacation! And it looks like a very good beginning, career-wise in any case, to Richard’s 46th year…

It’s lovely to celebrate today with all these lovely goodies. More celebrating can be done by donating to one of Richard’s preferred charities on Just Giving or be quick and join in Guylty’s auction or Servetus’s charity pledge today! Or,  just enjoy the man and his work. 🙂