Today is Colin Firth’s 55th birthday! And it is also almost 20 years ago that I instantly fell in love with him as soon as he walked onto my TV screen in the BBC’s “Pride and Prejudice” as Mr. Darcy! I was hooked after the first episode aired at the end of September 1995 and I could hardly wait for each week to see the next episode! 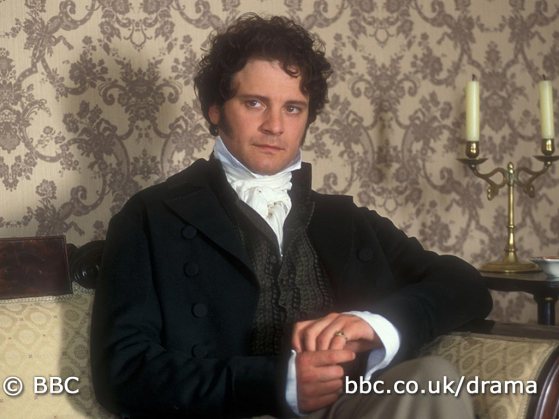 The Darcy role has famously followed him, he played a version of it in “Bridget Jones’s Diary”:

Even in last year’s Woody Allen film “Magic in the Moonlight”, his character has some Darcy traits and he proposed to the girl in a very Darcy-esque way, condescending to marry her despite all objections… 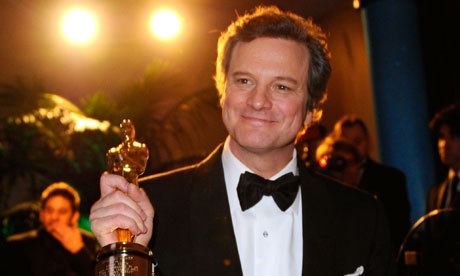 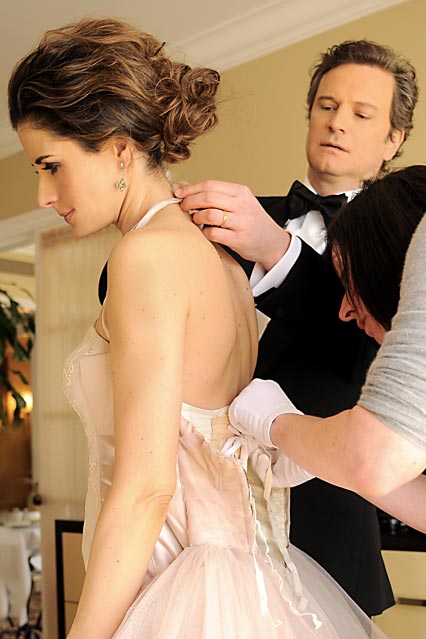 And he’s such a gentleman. Here he is helping Meryl Streep into the shoe she lost while collecting her BAFTA award in 2012. Of course she gratefully kissed him for it. Who wouldn’t? 🙂

Some picures of him taken in May this year, one of them taken when he arrived in Cannes:

And some pictures of him taken this past summer while filming: 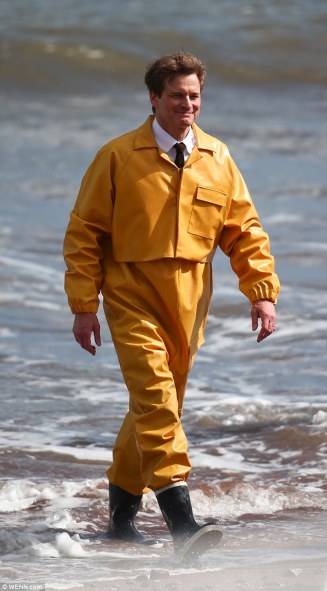 And the most recent one of him taken this month with wife Livia, supporting her Eco Age sustainable fashion endeavors:

Happy Birthday, Colin Firth! I have loved you for 20 years – I think I can safely say that my love for you is here to stay!