Yep, he did it again. Richard Armitage was absolutely spectacular in the role of Francis Dollarhyde! He was mesmerizing. 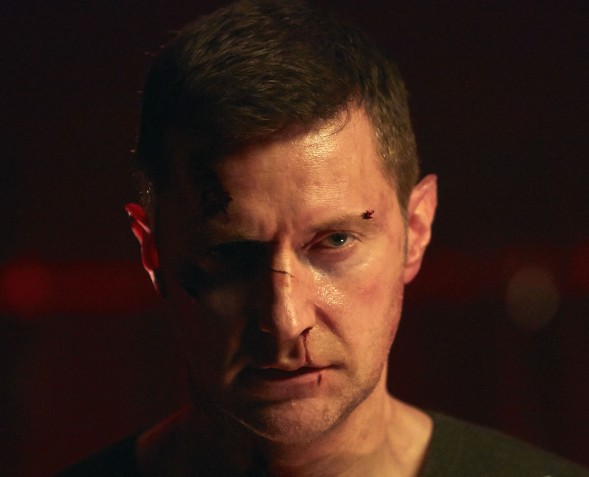 Also mesmerizing to me were Rutina Wesley as Reba and Hugh Dancy as Will Graham. Mad Mikkelsen is very chilling as Hannibal but not quite as fascinating as Richard, Rutina and Hugh, maybe because I see no humanity shimmering in his eyes as I do see in the other three.

While I had all the intention of watching all three seasons of Hannibal to start with, I just couldn’t watch anymore after the first two episodes of season 1. It is visually very well made, aesthetic even, but the gore and horror were just too much for me. So, I only watched the season 3 Dollarhyde episodes, because of course I needed to see Richard in action. I had to avert my eyes occasionally but other than that the Dollarhyde storyline was intriguing, gruesome and sad to see. Richard really was able to portray the hurt and humanity that lies at the heart of such a cruel and cold serial killer as Francis Dollarhyde. I had never expected to feel in any way sympathetic towards Dollarhyde but I did and felt sad that no redemption for him was possible anymore. In the end, there was no other way for him but to go and, considering what he had done to others, I was glad he was stopped forever.

There were some drawbacks for me in watching Hannibal (other than the gore). I found the pacing of the episodes somewhat unsteady. I think it was because I got annoyed with the way many spoke in such measured and hushed tones all the time. It felt affectatious to me sometimes and my attention would wane. Then at other times I would be engrossed, especially in the Dollarhyde scenes and the ones that included Reba. Those two were fantastic together.

The tragedy of Francis lies in the causes that made him become so twisted and I will forever wonder whether if he had met someone like Reba when he was young, would his life have gone differently and better?

I also really enjoyed watching Hugh Dancy as Will, the struggle within him always apparent. He plays a character to root for and he does it so well. I found the scenes of Will and Hannibal together intriguing and especially at the end of the finale, those two were magic.

Their interaction, the looks they exchanged, the way it all finally ends… yes, very well done.

So, I come away from this show being reminded again of how good Hugh Dancy is. I have discovered Rutina Wesley who I had never heard of before and she is an amazing actress. And Richard… I swear he gets better and better. I saw him in ways I had never seen him before. Roles like this make him evolve as an actor and I love that he is picking such diverse and challenging projects.

And to end on a shallow note: I watched the Hannibal final post mortem that Servetus posted on her page: https://meandrichard.wordpress.com/2015/08/28/and-heres-the-final-hannibal-post-mortem-3-13/. Besides the fact that I always adore listening to Richard speak of his work, I have to say I also really liked the purple striped socks he was wearing!